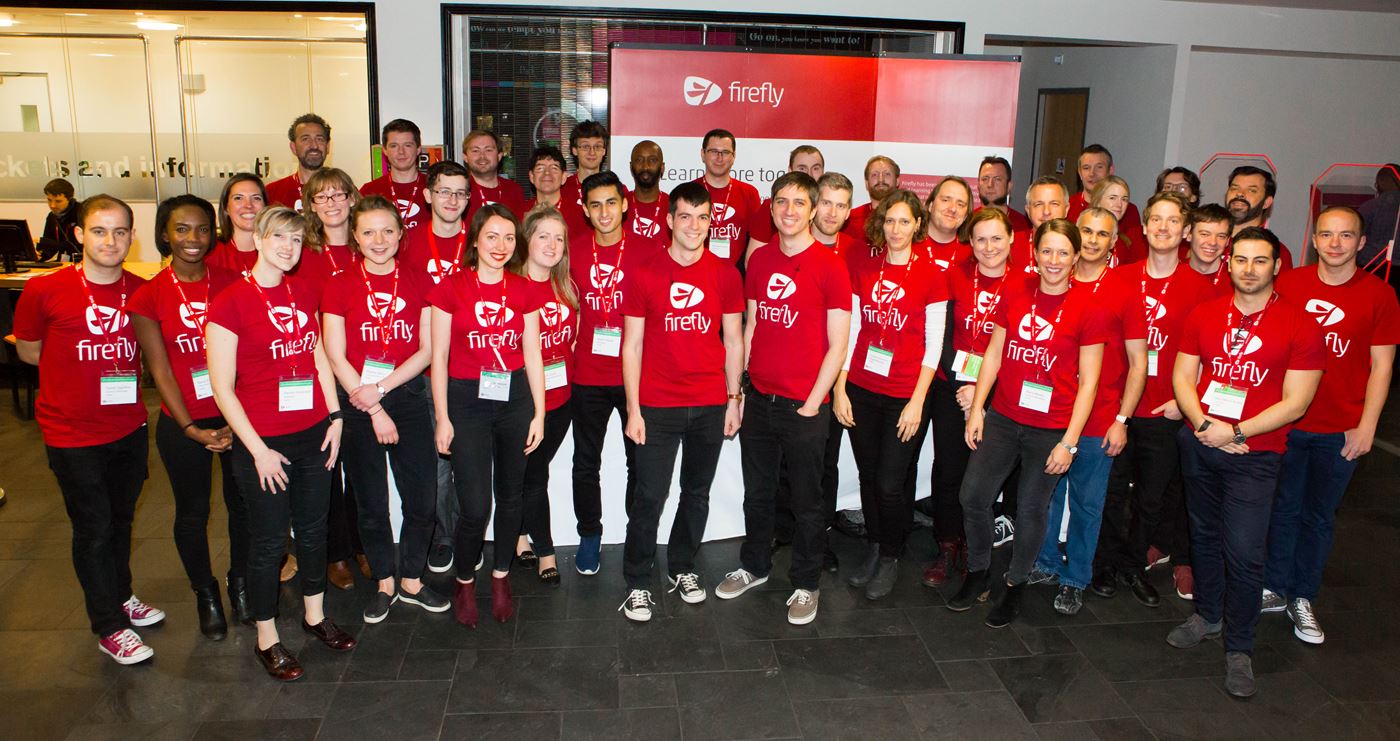 This series of blog posts is about getting to know the Firefly team a bit better. This time we're introducing David. David was the first ever Firefly employee so he is a wealth of knowledge for all things Firefly. It's quite possible you will have come across David in his capacity as one of Firefly's Client Experience Consultants.

Where did you go to school?

I went to the City of London School. It's quite a special place and an unusual school, located in the heart of London's financial district with a much more diverse demographic than most independents, as well as a fiercely secular ethos. My best memories were of the wonderfully eccentric teaching staff and the warm relationship they enjoyed with the students. Of course, I saw to them taking on Firefly a year or two after I joined the company as Joe and Simon's first full-time employee, so I still have the pleasure of visiting the place from time to time as part of my work. The first couple of times felt very weird as there are still teachers there who taught me!

What is your first memory of using technology in a school environment?

I've always loved gadgetry of all sorts, beginning as a toddler with a fascination with mechanical clocks - I was somehow mesmerized by all the tiny moving parts. My father later bought a Mac Classic when I was still very small, which was probably the first computer I really played around with. I took a young interest in aviation (which has remained ever since) and would spend hours on a very early version of Microsoft Flight Simulator which featured wire-frame graphics in black and white. My virtual flying back then didn't have a great safety record, as I didn't have a joystick and so had to control the rudder, ailerons, elevators and throttle with a single, rather temperamental mouse, but it didn't stop me trying. In primary school, we had very basic computing "lessons", where we used to play primitive, semi-educational role-play games that loaded from 8-inch floppy disks. I retain fond memories of most of the schools I've attended, though I can't say that any of them played a very strong role in cultivating my interest in computers. I suspect that it was simply not yet taken very seriously by academics and as a result, almost all my technology knowledge was self-taught - not without occasionally landing me in some trouble!

How do you use technology in your day-to-day life?

Some things never change and in my day-to-day life I retain an addiction to consumer technology of various sorts - usually carrying around at least three web-connected devices at any one time. My latest toy at home is a set of Phillips Hue light bulbs. If you've never seen them before, they look and can function exactly like ordinary light bulbs, but connect wirelessly to a small hub in your home, which in turn is connected to the web. The bulbs can display a wide spectrum of colours, independently or in concert and there's even a disco mode! Where I get really excited is the cool stuff you can do through the web connection - thanks to support for services like IFTTT (which integrates functions on various devices and services over the web), you can easily set them to turn on automatically when the sun sets, or when you enter your home, or even as you wake up (if you own an UP wristband or similar). I'm also rather keen to get my hands on an Apple Watch when they're released later this year.

Where do you see technology in five years?

On the personal front, I think we're going to see a lot more wearable technology - this is only just starting to emerge with the handful of smartwatches and activity-tracking wristbands that have appeared on the market over the past year or two. There's a lot of potential for these even if early models flop or only get picked up by geeks. As far as software manufacturers are concerned, there's a huge amount of powerful data which could be harnessed from these and a whole range of functions that can be integrated as a result to make our lives easier. Most smartphone app manufacturers already know this, but I think that they're only scratching the surface at this point. Before too long we will interact with all sorts of devices and services both inside the home and out in the street, in completely different ways to how most people do today - the silly term industry figures normally use to refer to this is the "Internet of Things".

Within education specifically, I've already seen so much change in the five years that I've worked for Firefly and it's really rewarding to be part of a company that is arguably at the forefront of driving that. I'm rather excited by the concept of flipped teaching, which I only learnt about recently and basically works by giving students topics to study alone (often using video) at home, in order to later discuss and work on problems in the classroom (as opposed to traditional teaching, which involves doing the reverse). I think it helps to acknowledge the huge role that the internet already plays as an information and learning resource for students today.